10 years ago, in November 2011, the Breuckmann Foundation was officially registered as a legal foundation  in the Foundation Register of the responsible Regierungspräsidium Tübingen under No. 24-1/0563-105 BK. Since December 2013, i.e. for 8 years now, we have been supporting mainly projects in the north of Malawi that are dedicated to the topics of population growth, family planning, voluntary birth control as well as sexual and reproductive health.

We would like to thank all of you who have supported us and our projects during this time, also on behalf of all the people whom we have been able to help with your donations.

In recent years, we have often been asked why we focus on these long-term objectives when so many other issues urgently need short-term help. We are well aware of the current problems and needs in many parts of the world and also here in Germany. But we are also firmly convinced that we must target the causes of many of these problems, hopefully in time.For us, the focus here is on the continuing and often uncontrolled growth of the world's population, especially in Africa, and the associated constantly increasing extensive consumption of almost all the resources that the Earth's ecosystem offers us.  We therefore see it as part of our work, too, to raise awareness of these issues among the general public.

Matthias Glaubrecht, Professor of Biodiversity at the Centre for Natural History of the University of Hamburg, writes in his book

( "Whoever is concerned about future life on earth, it is above all this growth of the human population that robs them of the sleep. It is indisputably the most important challenge of the future, if it is not even classified as a danger threatening the existential living conditions of humanity." ) 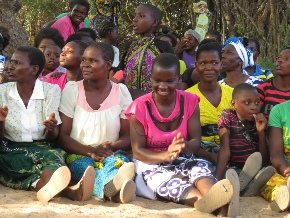 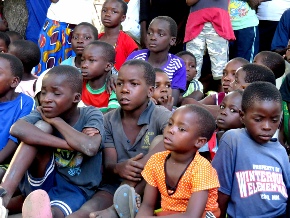