This research and conservation project initiated by Georg-August-Universität Göttingen and co-funded by Breuckmann Foundation addresses the protection of the snow leopard, a globally threatened felid.

Snow leopards play an important and irreplaceable ecological role at the top of the food chain in Central Asian high mountain landscapes. However, various anthropogenic activities in combination with biological factors like large home ranges and low population densities threaten the survival of this charismatic species. As a consequence, many snow leopard populations are declining and conservative estimates assume that only about 3,000 mature individuals are left in the wild. Therefore, the snow leopard is listed as ‘vulnerable’ according to the IUCN Red List of Threatened Species.

Two main threats to snow leopards are the decline of wild prey and illegal killing to prevent or retaliate livestock depredation. Due to the growth and expansion of the human population, the significance of such conflicts between livestock owners and snow leopards is increasing. However, the causes and suitable mitigation measures of human-snow leopard conflicts remain insufficiently studied. To fill this gap of knowledge, the research project aims at identifying suitable mitigation measures and at initiating and supporting their implementation. This is intended to promote long-term co-existence between snow leopards and humans and shall benefit both the situation of local people and the protection of the majestic big cat.

After two extensive field stays in the previous year, the majority of research activities planned in the Annapurna Conservation Area – Nepal’s largest protected area more than 7600 sqkm – had to be cancelled in 2020 due to restrictions arising from the COVID-19 pandemic. However, local field assistants managed to conduct about 350 interviews with livestock owners between July and September 2020. This questionnaire survey is currently being analysed. Thereof, the scientists hope to gain insights into the suitability and effectiveness of livestock protection interventions to reduce depredation of livestock including yaks, goats and horses, and thereby to prevent retaliatory killings of the threatened big cat. Moreover, a final research is currently taking place in the Annapurna region (May-June 2021) and is intended to provide essential data about the main ecological causes of human-snow leopard conflicts.

Moreover, the scientists analysed some of the data collected during the two research stays in 2019, which yielded interesting findings about the population development of blue sheep, one of the main prey species of snow leopards in the study area. The study showed that the local blue sheep population remained at a relatively high level and that habitat selection of this ungulate was predominantly influenced by ecological parameters rather than anthropogenic factors like hiking trails and settlements. The encouraging study results are freely accessible here 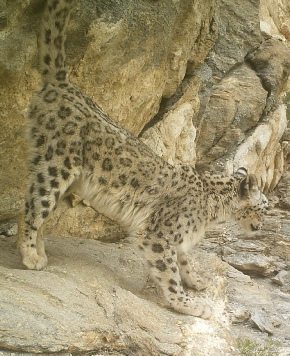 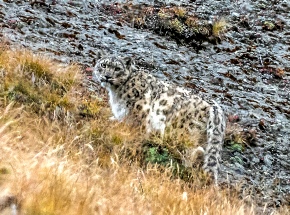 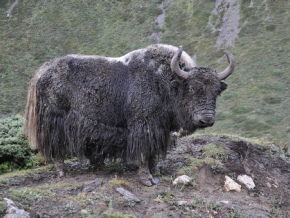