Current growth forecasts assume that the population of Africa will grow from about 1.3 billion today to 2.5 billion in 2050 and to more than 4 billion by the end of this century. The consequences of this unchecked growth for the living conditions of the people concerned, for the societies in the African countries and for the environment there are dramatic.

This is especially true for Malawi in south-east Africa. While fewer than 3 million people lived there in 1950, today, at the end of 2021, there are already more than 20 million, with the proportion of people under the age of 24 now standing at around 66%. At the current population growth rate of over 2,7 %, Malawi will have up to 35 million people by 2050. Malawi is thus not only one of the poorest countries in the world, but also one of the countries with the highest population growth in Africa, with a birth rate of 29 children per 1000 people, combined with high infant and maternal mortality rates.

The average age of marriage for women is just over 18 years; almost 30 % of those under 20 are already mothers. Only about 32 % of unmarried young women between the ages of 15 and 19 use modern contraceptives; and even among married women, the figure is significantly less than 40 %. Thus, it is not surprising that 72 % of sexually active women became pregnant, with almost half not wanting to become pregnant at all or only at a later stage. (Plan International, 2018)

Malawi and the Consequences of Over Population 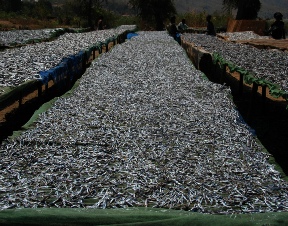 Today, Malawi lives mainly from the sale of agricultural products. As the population grows, on the one hand, domestic consumption increases, and on the other hand, more and more agricultural land has to be made available as living space for the growing population. Both factors mean that the already desperately poor country is losing its most important source of income. In addition, resource consumption and the associated environmental pollution are increasing.

The Red List of Threatened Species now includes the Chambo, an edible fish whose population in Lake Malawi is now on the verge of collapse, not least because of the increasing food requirements of a rapidly growing population, one third of whose nutrition depends on fishing in Lake Malawi. This shows as impressively  the fatal connection between the exploitation of available resources and growing poverty and hunger.

Public institutions have already reached their limits. In schools, for example, the target number of 60 pupils per teacher is already far exceeded and the national average is over 100. In most hospitals, there is already a shortage of qualified medical staff, especially doctors.